The Pilgrims Way is the old waymarked safe crossing point to the tidal island of Lindisfarne, also known as Holy Island, off the NE coast of the UK.

The eponymous opening track of this instrumental music project acts as a musical gateway to explore the history and natural world of this magical place.

"For, with the flow and ebb, its style varies from continent to isle; Dry shod, o'er sands, twice every day, The pilgrims to the shrine find way; Twice every day, the waves efface of staves and sandall'd feet the trace."

The Pilgrims Way is an ongoing instrumental music project that came about as a result of interaction on a songwriting forum that I frequent. It's a great place for songwriters to interact, try out ideas and collaborate (site banner link below).

Links to completed tracks will be added to the Instrumentals section as they are released on Soundcloud. Background information about the tracks is avialable in the Track Details section.

Extensive use has been made of foley-type sounds from freesound.org, to add a greater degree of audio immersion to the instrumentals. The addition of waves, birds, Vikings, a quill pen etc. hopefully adds a more cinematic feel to the tracks for the listener.

Acoustic and electric guitar, low and high whistles, bodhran (Irish frame drum) and some of the vocals, are played, or sung, by myself and are recorded via a studio microphone or digital interface to the PC.

Since I am doing this alone as a home recording project, some of the instrumentation and vocalisations employed in these tracks are virtual, ie. they are pre-recorded elements (individual notes) of an instrument or voice that can be played by a composer or song-writer via a MIDI keyboard. These software-based 'virtual instruments' even try to emulate some of the playing techniques used by a performer. For example, there may be several bowing articulations recorded for a violin and it might be a solo violin or in concert with other stringed instruments to form an ensemble sound.

There are also synthesizers and other virtual instruments that could never exist in the physical world and so the possibilities are endless to create interesting sounds, or hybrids of sounds, that can be played as part of a piece of music.

All this is brought together using Steienberg Cubase Artist 9.5, mixed and finally mastered for subsequent release on the Soundcloud platform.

I created this site to act as a hub for information about this project. It also gives me a chance to indulge in experimenting with modern website design. As such it uses the W3.CSS, a modern CSS framework with built-in responsiveness for different devices like tablets and phones. Hopefully then, this website should work across all platforms. For the technically minded, it uses standard CSS only (No jQuery or JavaScript library). Repeat visitors may see some layout changes as I keep 'tweaking it'. ;-)

Lindisfarne has always held a special fascination for my wife and I, so it is no surprise to me that I would eventually create some music about it. Hopefully you can be swept away by the music but not the tide ;-)

The Pilgrims Way Instrumental features Low Whistle, coupled with the sound of strings and the wheeling of seagulls overhead. It also features Shevvanai Voice of the Elves VST. (Lara Ausensi)

Thanks to Redmando, Leonard Scaper and the Songwriters in the Kitchen Forum for the spark

Ever since 635, when King Oswald gave the Holy Island of Lindisfarne to St Aidan to establish his monastery, the island has been a place of pilgrimage. The road was not constructed until 1954 and until then the vertical poles were the only indicators of the safe route between the mainland and island. The sight of the poles stretching across the sand and mud is one of the most iconic views in Northumberland and to walk the route away from the road and follow in the footsteps of our medieval ancestors is a wonderful experience.

"A furore Normannorum libera nos, Domine - From the fury of the Northmen deliver us, O Lord"

The Vikings! instrumental features rolled timpani, strings, electric guitar and a choir ending. Various sound FX from that are classed as Public Domain are used to add colour to the track from www.freesound.org

"And they came to the church of Lindisfarne, laid everything waste with grievous plundering, trampled the holy places with polluted feet, dug up the altars and seized all the treasures of the holy church. They killed some of the brothers; some they took away with them in fetters; many they drove out, naked and loaded with insults; and some they drowned in the sea".

Track 3: A Light In The Darkness

An Irish-tinged tune about the Lindisfarne Gospels to reflect the Irish foundations of the community despite the later Romanisation of the Celtic church.

The track title comes from me thinking about it being a beacon of civilisation, a rallying point, during the Early Middle Ages whist a far chunk of the UK was under Viking rule and Christianity had again been pushed to the margins of the UK.

Thanks to Karen O'Mahony (MonnoDB) for her (harp playing) advice - check out her stuff here:- @monnodb

The sound of 'Eadfrith' doing his writing is a sound FX that is classed as Public Domain and used to add colour to the track, It can be found on www.freesound.org

The Lindisfarne Gospels is an illuminated manuscript gospel book probably produced around the years 715-720 in the monastery at Lindisfarne, off the coast of Northumberland, which is now in the British Library in London. The manuscript is one of the finest works in the unique style of Hiberno-Saxon or Insular art, combining Mediterranean, Anglo-Saxon and Celtic elements.

The Lindisfarne Gospels are presumed to be the work of a monk named Eadfrith, who became Bishop of Lindisfarne in 698 and died in 721 AD

With The North Shore I hope to give a feel of that 'magical interface' between land and sea, a place apart from the hustle and bustle of life where your soul can find peace for a while. A natural world full of wonder for those with the time and inclination to see.

A sea waves sound FX that is classed as Public Domain is used to add colour to the track from www.freesound.org

The recording of the waves was actually done at Bamburgh, just down the coast from Lindisfarne island.

The 'semi-hidden' North Shore of Lindisfarne is driven past by tourists every day, eager to see the 'sites' of the Island in their race against time before the tide cuts them off from the mainland. It is part of the Lindisfarne Natural Nature Reserve and its shifting sands and tides combine to create the 3500 hectares of dunes, saltmarsh and mudflats of the Reserve, home to a fascinating array of birdlife, seals, rare orchids and other wildlife. To experience it you need to spend time on the island, either by choosing to be cut off by an early tide or ideally stay on the island for a while.

This track is dedicated to the memory of Chris A and the time that was 'Elidor'. "I hope you are flying somewhere with that big grin on your face"

This track was very much a collision of ideas. I wanted to follow on from The North Shore and actually take the listener into the air to experience the feeling and freedom of flying like a bird. Additionally the track title "Flight of Fancy" was the title of an original instrumental played by a band I was in in the early 80's. The keyboard player in that band is sadly no longer with us, so I decided to try and reinvent the spirit of that time as a musical tribute to Chris.

Enjoy your Flight of Fancy :-)

Part One of the track features strings, brass from my new orchestral library Albion One by Spitfire Audio and timpani. It also includes an additional brass VST from Halion Sonic (Cubase).

Various seabird sound FX that is classed as Public Domain are used to add colour to this part of the track from www.freesound.org

This track seemed to naturally evolve into three discrete sections with a different musical flavour to each part.

As the title suggests, it is my musical imagining of sunrise on the beach with all the grandeur of a new day dawning. A big orchestral sound and timpani seemed the way to go.

Part Two has a much more muted sound as nature begins to stir with the dawn and musically this part acts as a linking section between parts one and three.

Finally we are into the air and I wanted to give a feeling of flying by the use of rising chords sequences and a string ostinato (a recurring rhythmic or melodic pattern). I also wanted to give a nod to the original Flight of Fancy so it has a variation of the main guitar riff I played back in the early 80's, some interwoven guitar and keyboard parts and harmony with underlying jazzy drum and bass parts.

The individual track links below take you to my main Soundcloud account where the instrumentals are hosted. They will open in a new tab or window that you can simply close when finished to return to this website.
The Pilgrims Way 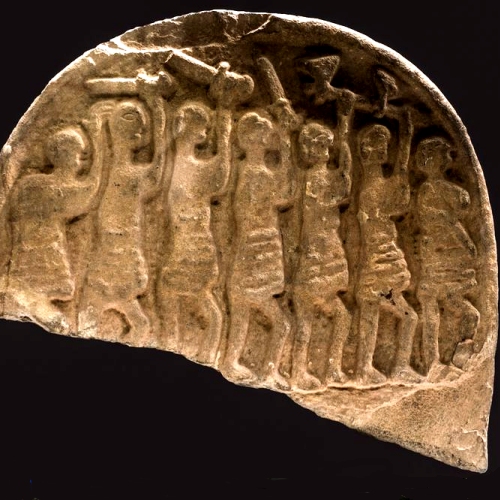 A Light In the Darkness 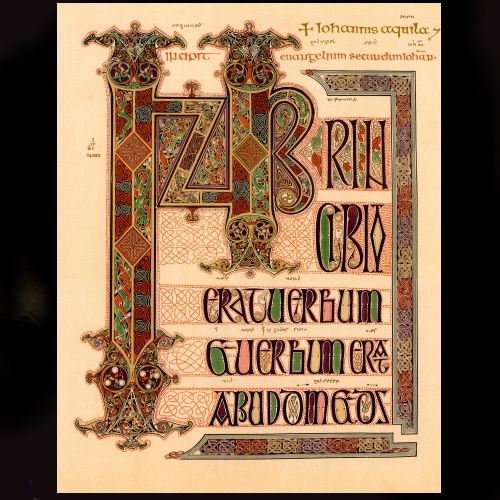 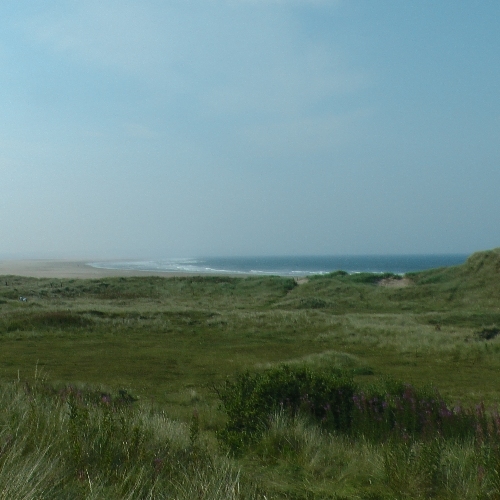 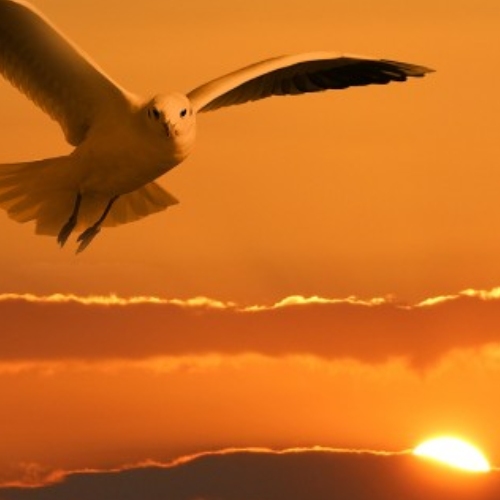